Diurnal Aural Experiences: The Black Dahila Murder’s “Into the Everblack.” 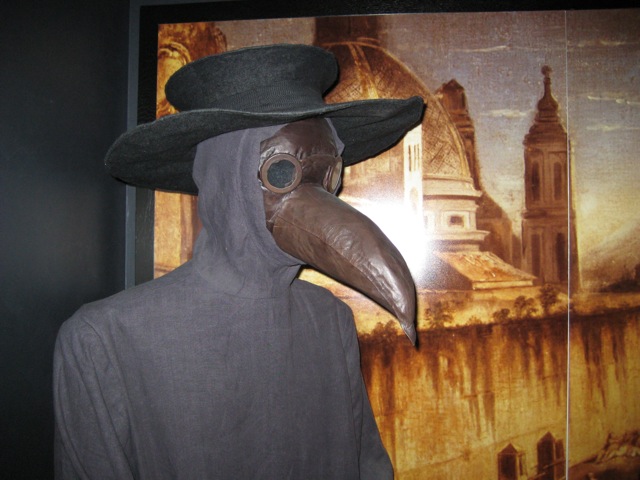 Image taken from Silver Train at the Zurich Mdizinhistorisches Museum.

Often untrained, the Plague Doctor was the last, horrifying line of defense in treatment of the ill and disposal of the dead during the Black Plague in Europe.  The outfit is stunningly ominous: a grey robe with a hood that covers a leather or ceramic mask that typically had a beak and portholes for sight.  The beak was purely functional in regard to the scientific understanding of the time.  The miasmatic view believed that diseases assaulted their sufferers through poor air and being around death.

In contrast the doctor would have his cane, prodding the afflicted so that they would not have to touch the victim.  The doctor would smell of a mixture of pungent aromas and straw was thought to serve as a filter. Some doctors of note that served in the plague were Nostradamus and Paracelsus. 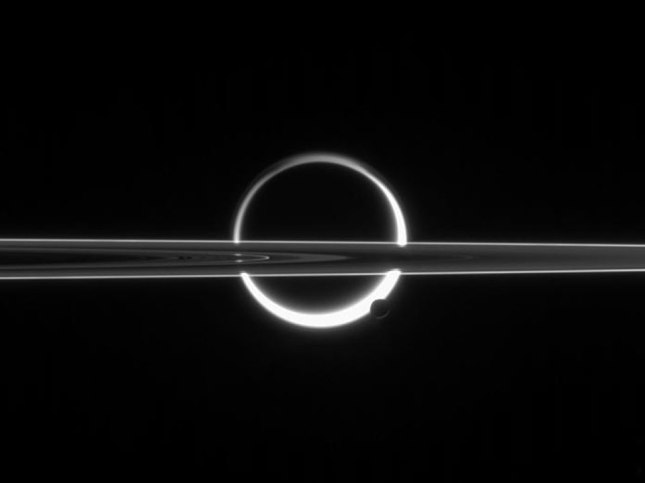 I don’t review a lot of video games.  In fact, the first game I did review for this blog was a casual iOS game.  But, yes, being that I’m a gamer with very particular likes and dislikes (like every other gamer in the world) and now a soapbox off which to exclaim them, I don’t mind doing the occasional review every now and again.

Raise your hand if you remember the Genesis/SNES version of Shadowrun in the early 90s.  Well, I guess that would be hard to do here, really.  Those of us that remember that game, remember one of the first play experiences of a Western-Style RPG instead of a JRPG which dominated the market at that time.

This was also important for the Shadowrun tabletop market, because while the game attracted all sorts of people that wanted a high fantasy/sci-fi style game, it tended to be very hard to run at at the table.  In fact, in the times that I did play the game, I was usually killed or died through some unfortunate happenstance before the end of the first session.  To say that Shadowrun was an easy game to play is not only a flat lie, it’s a malicious one at that.

For those that are unfamiliar, Shadowrun is set in a cyberpunk future of haves and havenots.  It’s filled with corporate intrigue, personal identity in the face of technology, the role of technology in our lives, and the loss of humanity as one becomes more and more cybernetic.  The world is inherently corporate: companies run everything from law enforcement to groceries.  At some point, the 6th Age began and humans began twisting into Orks, Trolls, Elves, and Dwarves.  Ultimately, the easiest and most successful means to wealth for the downtrodden is to begin running for Johnsons and Fixers, stealing corporate secrets, investigating government mysteries, and otherwise becoming involved in huge messes.

The game, developed by Hairbrained Schemes whom relied upon crowdfunding to complete it, comes with the campaign Dead Man’s Switch.  It is an investigation into the death of a fellow Runner.  The campaign is smartly produced, causing you to consider the actions from the scope of your character.  The updates to the game world and implementation of the new technologies created since Shadowrun’s inception 25 years ago is welcome.  Combat is exceedingly tactical, utilizing cover and precise movements to increase and decrease damage, critical strikes, and hitting.

Shadowrun Returns relies off an isometric camera and a combination between 2d and 3d art to immerse you in the game world.  This is a tried and true Western-Style RPG convention and means that a multitude of computers can run the graphics.  Finally, the game comes with a Level-Editor through which the player can develop campaigns and then upload these to Steam for others to enjoy.  This increases the game’s replay value greatly and takes the impetus off the developer to create more.

Like the album from today, I’m going to write the same thing here: get Steam if you don’t have it and buy this game.  It’s worth the $20.  Play through the campaign, learning how the world works, and then create your own content for your friends.

Reposting this.  Listen to it; enjoy it; support the band. 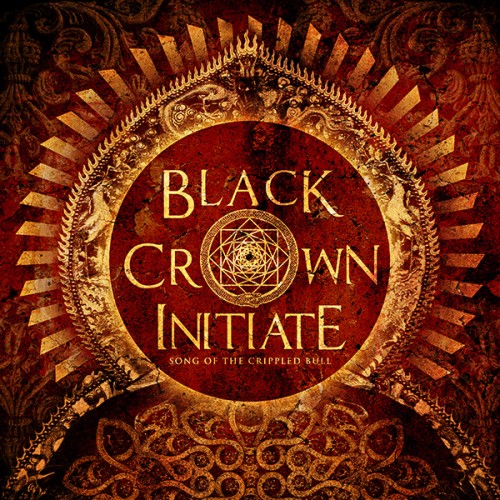 Bandcamp did not fail me this time.  I stumbled onto this band last week during my downtime.  Like always, the band’s name, album art, and description grabbed me and pulled me into a listen.  The trio, from Reading, PA, offer what seems to be their first recording, a twenty minute long progressive romp through varying styles of metal and rock.

The EP is a single song divided into four movements, the opening of which, Stench of the Iron Age, hums in on guitar.  Soon joined by a loose, nearly funk style bass, the music retains a very airy quality, akin to coming into a dream.  The vocals croon in contemplation with this music that slowly withdraws, becoming more and more fragile, until it explodes into its fury.  The metal in the song reverberates in the band’s highly technical approach.  First, the technical death metal here is amazing, drawing you further and further down to a morass.  Second, the use of silence/stopping of a particular instrument throws just that much more tension into the song.

There is no gasp between tracks on this album at all, reflecting the use of each as a movement of the full composition.  I tried listening to one track on its own and while good, it did very little for me.  As a whole, the composition is where the reward is found.  Ghost She Sends stomps in quickly, monolithic riffs shattering the ear after discord swarms through the introduction.

The Mountain Top is the band’s most direct song, a swirling mass of extremity and power.  Yet, like clouds clearing, the chorus provides a cooling break from the pressure and tension of the heaviness.  This is then reflected in the Song of the Crippled Bull where the music tails out on pensive arpeggios and power.

Ultimately, this EP is worth $3.  Buy it.  This is an amazing approach to music that I haven’t seen from American bands often which tend to voice heavily on the violence aspects of metal rather than the pensive.  Like NCS wrote, Black Crown Initiate is on my watch list and I can’t wait to hear a full length from this band.